The Limits Of CSS Selectors

A great deal can be accomplished with pure CSS, but the power of the syntax is limited by its inability to affect certain elements. Understanding those limitations is the first step to determining whether a CSS-only, hybrid JavaScript-CSS script or pure JavaScript solution is best for your web design and development problems.

The easiest way to describe CSS selectors is that they work from the outside in of the DOM, and from top to bottom. For example, it’s easy for link foo to affect the appearance of a div with an id of bar in the code below.

So long as B follows A, we can use a simple adjacent selector:

It’s possible to do this even if foo isn’t right next to bar:

With the following CSS:

But CSS can’t do “backwards” selection:

In the code above, foo cannot influence the appearance of bar.

It’s entirely possible to work “down” through the DOM with CSS:

But CSS can’t work from the “inside out”: there’s little you can do to the .boom link that will affect the #bing container, at least using CSS. In some cases you can provide the impression that interactions with child elements alters the appearance of their parents – a good example would be my Reverse Focus UI technique – but it’s not technically possible.

What Else Can’t CSS Do?

Poor click event support
CSS doesn’t have good support for click events. :hover is fine, but :focus is mostly constrained to form elements, and :target, as it is currently implemented in browsers, usually carries a significant presentation deficit.
No walking backwards through the DOM
As mentioned, CSS can’t work backwards through the source order. It’s possible to provide the appearance of A following B, and thus able to affect it:

… will present foo below bar, while continuing to affect it.

No loops
We can use CSS to easily fade one element, but fading five or more in a row, one after another, usually takes an excessive (and inefficient) amount of code. We need to use JavaScript or CSS pre-processors to accomplish that: I’ve shown an example in the recent past.
4096 selector limit
An unusual limit that is increasingly encountered by developers as stylesheets get larger, longer, and more complex. Any version of Internet Explorer before version 10 has a limit of 4096 selectors per stylesheet, and will ignore any declarations after encountering that number.

The optimal solution is to use each web technology for the task it is best at: CSS for presentation and simple animation rules, JavaScript for ad-hoc selection and manipulation of the DOM. The optimal result is often a hybridized combination of the two, an example of which I will present in the very near future here in this blog.

Photograph by Yasunari Nakamura, used under a Creative Commons license 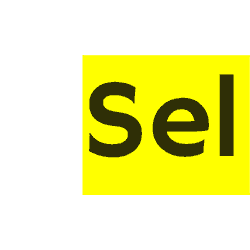 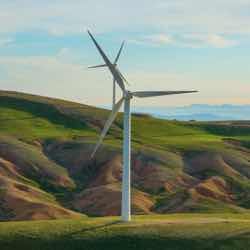