Choose the font that you wish to be your first, ideal choice. This can be any font at all, but for practical purposes it should be a font on your system. I’m going to choose Segoe UI Light, which is installed with Windows 7 and Vista.

Determine the generic font-family to be the last, catch-all choice: look at the font you have just chosen and determine whether it is a serif, sans-serif, cursive, monospace or fantasy font.

This generic font-family is the end-cap to the choices for your declaration. In my case, Segoe UI Light is a sans-serif font, so my declaration so far would be:

Create a list of fonts between the ideal choice and the generic font family that are increasingly common and in declining order of preference, covering Mac, Windows and (ideally) Linux. In other words, the second font choice for our example should be as similar to Segoe UI Light as possible, but more common. The font should probably be in the same type classification as the first, ideal choice. For the Mac, I would argue that Helvetica (more ideally Helvetica Light) would be the best choice, as it is installed on 100% of OS X systems. Myriad would also be a good option. Arial (again, ideally a light version) would be a good final catch for both PC and Mac, with Nimbus Sans L to cover Linux. So our declaration would list these in declining order of preference:

It is possible that fonts like Helvetica will have several font-weights built into them. Using a font-weight: 100 will make no difference to fonts that are already light, but may yield a light version of a standard font, so it should be added to the declaration.

The codestyle.org font stack builder is particularly useful, as it shows you estimates of installation (as a percentage of the web user base) for your chosen fonts in different operating systems. You might want to use TypeTester to compare different typefaces with CSS font-style properties. If you lack inspiration, TypeChart has a nice comparison of common fonts in various styles.

PaddedCell has a useful chart which compares pre-installed fonts on Windows, Mac and Linux. Also handy is this matrix that goes a little further into versions of the operating systems, while covering fonts installed with popular applications. 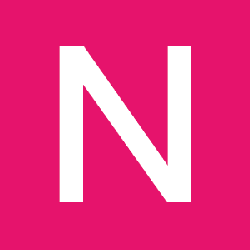