Unless you are a fully-fledged genius, any kind of creative work – be it coding, art, or music – will be a process of evolutionary change. Ideas are patched together and revised; variations of an initial concept are experimented with and creatively cross-pollinate, eventually producing a complete work. Add another person to the mix and the twists and turns of the creative process become even more complex.

For most human history, this creative process has been entirely invisible: historians consider themselves blessed by fate to find an early sketch by Michelangelo or a Shakespeare first draft. But today, we can preserve every step you take with version control.

The simplest and most familiar form of version control is the ubiquitous Undo option, which reverses a sequence of operations. In most cases, this historical timeline is maintained only while a document is open, and discarded once it is closed. More advanced applications may display the change history as a series of snapshots, but all such systems have the same limitation: they are all linear recordings of what occurs in a file. 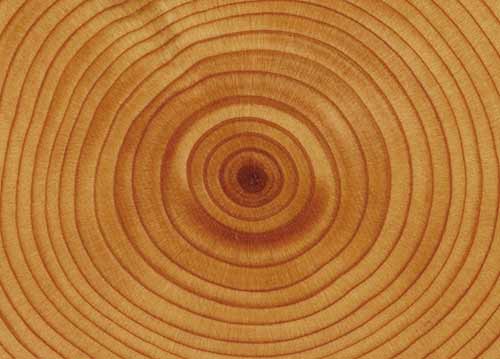 Imagine the cross section of a tree’s trunk. The growth rings record the changes to the organism, but you can only proceed outwards, in linear time. To make a variation of the tree, you would have to take a cutting and start an entirely different plant. When working with digital files, this approach causes massive replication and confusion: we’ve all seen project folders filled with filenames like final.xyz, true_final.xyz, and revision_true_final.xyz

Ideally, what we want is a system that achieves several goals:

There are many different kinds of version control (also known as source control and revision control). Each system has its own advantages, adherents and defenders. A few features, including those mentioned above, are common between all of them: creative work and its branches are stored in a central repository that contributors can pull from, make modifications, and push changes to. There is usually one person who is given the role of a central figure or maintainer, who can merge contributed changes to the main trunk. Finally, files can be locked off and restricted from alteration.

The most popular version control system in use today is Git, although there are many other possibilities: Mercurial, CVS and Subversion are all in common use.

While version control is most commonly associated with software and web development, you should know that plummeting storage costs and the availability of cheap high-speed bandwidth is causing version control principles to be applied to other creative endeavours: LayerVault, for instance, provides the ability to store changes to PhotoShop documents and other formats, and share these alterations with others.

Like the installation and use of many preprocessors, the biggest challenge to first-time users of version control systems is that almost all of them are driven from the command line. To those brought up in a point-and-click (or touch-and-gesture) world, this can be strange, frightening, and somewhat intimidating. Thankfully, there are graphical applications such as Tower that are built with support for most version control systems. While a graphical user interface will not give you the power, range and flexibility of issuing text commands, they do provide the most common features in a manner that is more easily accessible to most.

In future articles, I’ll take you through the process of using version control systems to preserve, share and alter your own work.