For twenty years web developers and designers have been trying to survive a flood. A million different solutions – the tech equivalent of stilts, dikes, dams and coracles – have been tried. Most developers, running before the chaos, have clung desperately to anything that looked like it might float.

Over time, most of this constant invention has been reduced to flotsam. Slowly, web developers are learning to pay attention to the color of the sky: seeing just what kind of weather is coming, and where a fresh flood of technology or audience demand might wash away development efforts.

Smashing Magazine’s fourth book, New Perspectives On Web Design, is the publisher’s largest and most ambitious book to date. Its 500 pages reflect the maturation of web developer culture: a careful consideration of process, rather than shiny products. The book concentrates on communication, understanding and planning, with code as a well-thought-out solution to problems, rather than a patch or hastily-assembled fix. 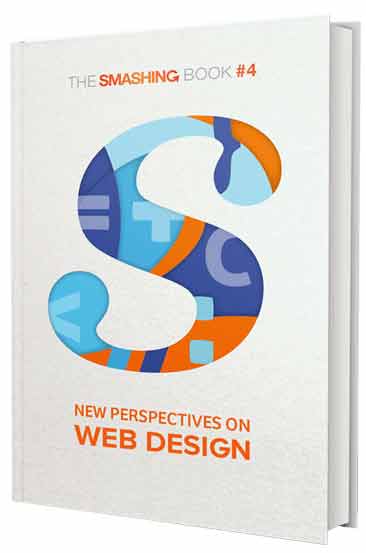 Many of the thirteen chapters of Smashing Book 4 were written by a luminary in the web development field, headlined by names like Addy Osmani, Mat Marquis and Christian Heilmann. Every section is beautifully illustrated, color-coded, and packed with information. Like the articles on Smashing Magazine’s main site, each page in the book has been edited by a team of technical reviewers, many of whom are notable in their own right. This uncompromising commitment to “getting things right”, rather than all-too-common “git’er done”, is typical of the book’s style and approach to web development.

Certain areas of the web have always been somewhat mystical, with many self-styled SEO seers making prognostications of the future. SM 4 casts that aside, providing logical, practical, real-world examples of what’s wrong with modern sites and how to fix them. A good example is the chapter written by Paul Tero, which steps the reader through the process of diagnosing the reasons your website may be offline. At each point, Paul shows how to address each issue before proceeding to the next possible cause, an approach light-years ahead of the simple indicators on downforeveryoneorjustme.com, or the combination of guesswork and chance in frantic StackOverflow questions. 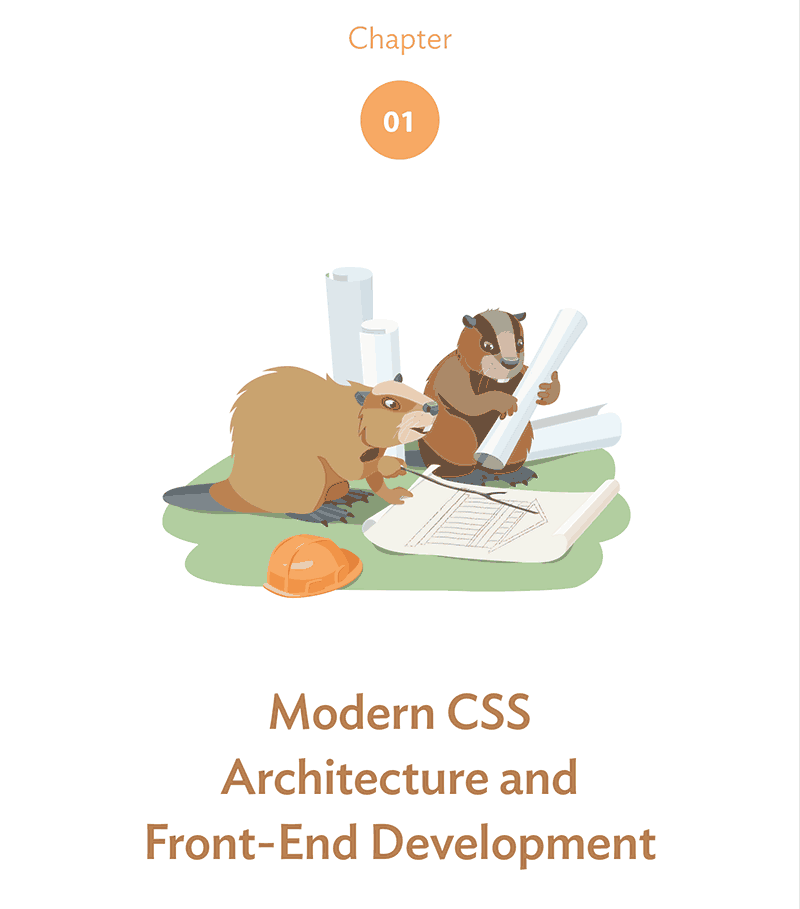 There is, naturally, a big emphasis on responsive design, with the book assuming that readers already understand and practice the basics. Instead, Smashing Book 4 shows how to do responsive design responsibly, using techniques like lazy-loaded content.

I must confess a bias: when I see a book emphasize aspects of development that I continually repeat to my students – setting and communicating a performance budget, the importance of basic structure and well-set typography – I’m an immediate fan. I also very much appreciated the book’s perspective on end-to-end support: from communicating with customers to dealing with company politics to final delivery, the book succeeds in taking web development from the regions of craft, where it has dwelt for far too long, to a professional service. 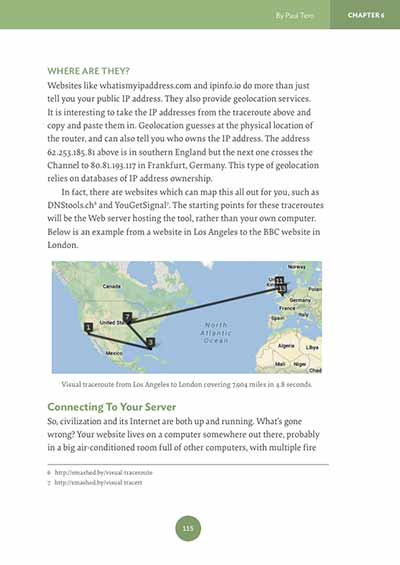 Most coders – and more than a few designers – tend to treat problems encountered during development as a simple question of will: when a solution is so obviously better, it’s just a matter of bringing more intellectual firepower to our side of the argument, or grinding away at the problem until it submits. Smashing Book 4 takes a step back from this perennial “let the greatest nerd win” competition to ask a simple question: why do people act the way they do during development? Many chapters in the book posit a simple, logical argument: if developers can understand how to deal with people, not just technical issues, then every stakeholder in a site can come away satisfied, even if they didn’t get everything they wanted from the development process. In this way New Perspectives On Web Design addresses not just the major technical issues of web development, but the interpersonal ones too: how to work in teams, how to manage expectations and workload, and how to seek out and recruit talent in co-workers, clients and customers.

In conclusion: I want the web to win. But to do so, web development – now entering its third decade – has to match its age and live up to the responsibility it has earned. Standards aren’t just for programming languages: they are also the hallmarks of a mature, professional industry. Smashing Book 4 takes a big step in guiding that transition for both products and people, making it a book I would very strongly recommend for everyone involved in web site development.

New Perspectives On Web Design is available now for $49, plus $4.90 shipping and handling. The print copy comes with a complementary electronic version of the book, in PDF, ePUB and Kindle; the eBook by itself is $19.

A sample chapter, written by Paul Tero, is available for free from the Smashing Magazine Library as a PDF. 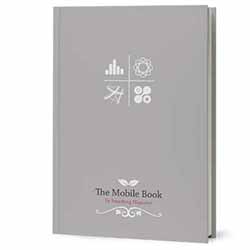