There are legions of faceless hardware and software developers who are owed a debt of gratitude for accomplishing what appears, at first glance, to be a simple transition: equating mouse interactions to touch controls.

The fact that that this transition works so seamlessly is little short of a miracle, allowing interaction models like CSS 3D Origami to respond equally well to fingertip touches or a moving cursor, with no extra coding required.

However, developers cannot cover every eventuality. Inevitably there are situations where a CSS :hover does not translate to touch in the way that you expect or want. In those cases, you will either have to reconsider the interaction model, or code the UI to make it touch-appropriate.

In the current deluge of mobile devices, screen width does not indicate that a device has touch capabilities. However, a narrow viewport should motivate a few considerations:

Determining If A Device Has Touchability

Accurately detecting touch capability on a device has been made more difficult by IE 10, which erroneously reports touch capabilities even on devices that don’t physically support such actions. The most efficient code I’m aware is the following:

As a function, you can call it almost anywhere in your code:

A touch event will fire several actions, depending on context and platform:

The presence and order of the inner actions differ from one platform to the next, and any one of them may mistranslate your :hover or :focus CSS. To cancel the actions entirely, unbind them from elements using JQuery:

In most cases, you don’t need to unbind every action. Instead, you would test to determine which actions are causing issues on particular elements, and unbind those specifically:

This needs to be done carefully, considering the growing number of hybrid devices that offer touch and mouse input: as developers, we cannot anticipate what form an interaction will take. Anything that we unbind should immediately be bound to a solution:

The number of possible solutions is manifold, and impossible to cover in any depth here; I’ll demonstrate specific examples in the next article.

Lots of Touchy-Feely? No Copy-Copy.

If you expect a UI element to receive lots of touch interaction, especially in rapid succession, it’s probably a good idea to disable default double-tap actions. These may include copy (for images), define (for text) or zoom, any one of which will interrupt your user’s experience of the page.

Note that this doesn’t cover every mobile browser: you can’t currently control Firefox Mobile or the stock Android browser in regards to double-tap actions.

What About Disabling Zoom Entirely?

It’s possible to disable the user’s ability to zoom the page:

Optionally, you can also add the following, for devices that do not yet support viewport:

Be aware that disabling zoom is generally ill-advised: among other things, zoom allows those with poor eyesight to read your page.

In general, software translation of hover and click events to touch works surprisingly well. When it doesn’t, solutions are at hand. Physical testing is very important: emulators will not give you the entire experience, necessitating access to a range of devices (and ideally, a device testing lab). 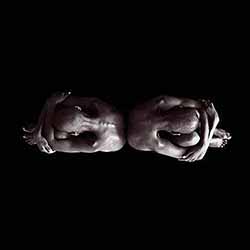