The limitations of element selection methods in traditional JavaScript, such as getElementById, quickly become apparent when compared to the power and flexibility of CSS selectors: getElementById('bandtable')might get the right table, but we could have to add significantly more code to loop through and find the actual elements required by the script, such as the rows inside the table.

Some of the first JavaScript frameworks directly addressed this deficit in selection power, including

Sizzle, which was eventually incorporated into JQuery. Sizzle’s selective range is one of the reasons that JQuery became so popular.

JavaScript Gets A Makeover

Many developers have been using JQuery for so long that they’re not aware of changes to core JavaScript. The JavaScript Selector API is officially part of the HTML5 spec, and pretty much replaces any need for Sizzle or frameworks for element selection. One example:

Achieves exactly the same results as document.getElementById('eddie'). Not much advantage there, you might think. How about this?

That’s right. The querySelector function allows the expression of any valid combination of CSS selectors in order to find what it needs on the page.

querySelector only matches one element: the first one it finds in the DOM. If you’re after multiple nodes, you need to use querySelectorAll:

This gathers a node list of every third row from any table with an id of frets.

If you’re migrating from JQuery to modern JavaScript, it can be challenging to remember (and type!) document.querySelector() instead of the simple JQuery / Sizzle shortcut $. Thankfully, JavaScript itself can make the transition easy for you. At the very start of your script, simply place the following:

From that point, using document.querySelector is just like JQuery:

There are several factors that you should be aware of before making the switch to querySelector / All:

If you’ve been using JQuery primarily for its selection power, and can live with the conditions above, I’d recommend using querySelector as a native method that avoids any need to load in extra frameworks and libraries. 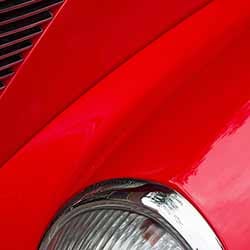