Understanding The Web’s Land and Ocean

Jeremy Keith has the rare ability to communicate web technologies with refreshing clarity: reading his DOM Scripting a decade ago was a revelation to me. A recent interview on The Web Ahead was similarly insightful as he shared Robin Sloan’s concepts of “stock” and “flow”, which I find more helpful to relate as “land and ocean”.

“Land” is the relatively stable part of the Internet: web pages and other content that remain much the same from one week to the next. This content is not completely permanent: unless they are actively maintained and updated, pages will erode, just as geographical features do. Eventually destructive forces will remove your site entirely: domain names are leased, not owned, and will not be renewed forever unless you make plans for a digital afterlife.

Long ago, all of Earth’s landmass was locked together in the supercontinent of Pangaea; similarly, in the early years, pages were all that existed on the web. Today, there’s social media: transient, ephemeral information that is created and consumed in real time. This is the ocean: a surging, ever-changing foam of data that is difficult to archive or reference. This does not mean that social media is valueless: it can affect your life as deeply as any chance encounter or insightful conversation. But just like those real-life moments, social media interactions are difficult to recall later. You can “like” something in the ocean, but the emotion tends to be fleeting.

Human beings are attracted to change and vibrancy: we enjoy the endless, shifting patterns of social media. But it’s not a location we can live in: people need stability, a place with an accessible history. We need an environment that enables the attachment of love, rather than “like”. That’s web pages with static URLs.

Just as we cross oceans to reach landfall, social media is a means of reaching the stability of well-curated sites. An interface exists: fresh-water rivers carrying new information from sites to the ocean; incoming social media waves chewing up coastlines, altering the content of sites.

Both exist, both have their roles, and a web presence needs both: social media is not simply a way to broadcast your site content, any more than the ocean is solely an expression of the rivers that feed into it. At the same time, a website is not a fixed or eternal set of data. Both ocean and land, social media and static web pages, need to interact with each other, and both are necessary to the modern web site. 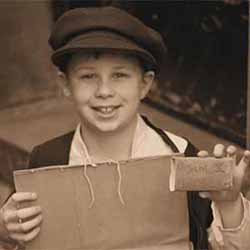