While the browser will automatically change the appearance of the cursor in the context of many UI elements - switching it to a pointing hand when over links, for example - there are occasions when you’ll want to change it manually for particular operations: a compass cursor to indicate that an element may be moved, for example. This is commonly achieved through CSS; in particular, the cursor property for an element.

Be Careful Where You Point

It’s very important to note that you should never change the cursor “just because”. The cursor is the primary method visitor’s use to interact with your site; altering it just because you can ruins user’s UI expectations, leading to frustration and abandonment. If you set the cursor property, it should always be appropriate to the task at hand, and within the user’s expectations.

It’s also important to note that changing the cursor in CSS does not change it’s function, in and of itself: that is, setting cursor: grab on an element does not automatically make it draggable. The operational side of things is handled with JavaScript; CSS only changes the presentation of the cursor.

cursor is usually set on a particular element, often on :hover or similar state: for example, in one of my before-and-after image comparators:

There are a wide range of cursors available in browsers. Cursors will appear different between different operating systems; the only way to make them completely consistent is to make and use your own cursor image (for that, see the guide at the end of this article).

In the table below, cursors are shown by hovering over its name, to the left.

Again, a cursor value by itself does not prevent other actions: a nesw-resize can still select text by default, for example.

It’s also possible to set the cursor to a defined image, much as background images are set. There are a few problems with this:

Custom cursors need to be designed as carefully as favicons; since they will be seen against both dark and light backgrounds, they must be drawn to work on both, such as the following:

To use a custom cursor, a default and fallback must be provided for browsers such as IE:

In this case, the 53 53 represents the pointer of the cursor - it’s center, in this case - used in my “Scratch” Reveal with HTML5 canvas: 53 pixels from the left and top of the PNG file. 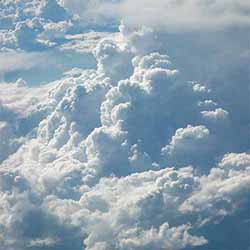