Landscape illustrations are well-suited for parallax animation, typified by the excellent example of the site for Firewatch. These examples tend to move in vertical space, and usually inefficiently at that, forced to translate massive alpha-masked PNG files in layers.

It occurred to me that for certain applications SVG might make a very good alternative: not only would the vector layers of the illustration be small and light, but they could also be recoloured and moved individually, as shown in the demo above.

The landscape is built as a series of closed paths, with the exception of the sun, which is a simple <circle> element:

The paths are built “back to front”: the most distant mesa layer is defined first, followed by the next closest, and so on.

Rather than creating a <rect> element for the sky, the <svg> element is filled with color using CSS:

The repeated use of HSL - inline for the SVG layers and via a stylesheet for the SVG itself - is key to the effect. By altering the luminosity component of each element in response to a scroll event, we can provide the impression of a sunrise or sunset.

The tricky part is extracting the HSL from each element. To achieve this, I used a regular expression in JavaScript, defined while gathering other data about the SVG element:

mesaLayers gathers all the paths together. The window scroll is handled inside a function:

In order, this function:

Note that CSS transforms don’t yet work on SVG elements in Internet Explorer or MS Edge, although support is scheduled for the latter browser.

The function is called using requestAnimationFrame for improved performance:

Tying element changes to scrolling can be problematic: if the relationship is too close, changes may happen too quickly to be appreciated. The easiest way to slow things down is to introduce a governing factor. The code changes to something like this:

Normally an effect like this would use position: fixed on the SVG element to keep it in place while the rest of the page is scrolled; in this case, I’ve removed that so that the demo can be integrated with the rest of the page, but the CodePen version has it in place. A parallax effect could be introduced along with the scroll, but I decided to concentrate on just the sunset aspect for this article.

The two remaining inefficient aspects of the script are:

I’ll explore these changes and much more in future articles.

Enjoy this piece? I invite you to follow me at twitter.com/dudleystorey to learn more.
Check out the CodePen demo for this article at https://codepen.io/dudleystorey/pen/oLxKGv 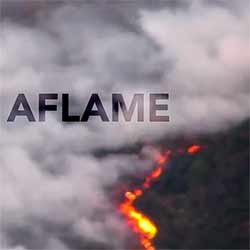 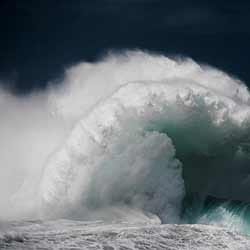