A reading time estimator has been at the top of every article on this site for several years. It’s primary purpose is motivation: if it’s clear that reading an article should only take two minutes, readers are slightly more likely to complete it, and better able to manage their time doing so.

However, there are a few downsides to the current approach:

There are a number of reading gauges and timers out there, but every example I found had at least one drawback:

I’m currently in the process of designing and developing the next version of this site, and wanted to experiment with a solution that addressed all of these issues. This two-part series will look at how I did so: this article tackles getting and presenting an accurate word-count in text.

To narrow the word count to a particular area on the page, I circumscribed it using established microdata and microformat standards:

With this done, we can focus the JavaScript on just the article, rather than trying to count the words of the entire page.

The first part of the script sets up most of the variables:

wpm is the estimated reading speed of the average user, in words per minute. elementstocount is an array of all the elements on the page that we want to count the text content of. (I have not included headings, as they are usually very short).

How Fast Do People Read? 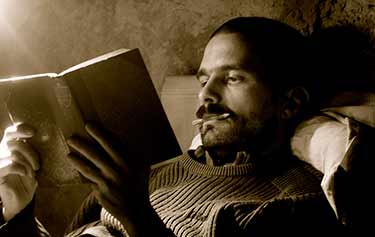 Determining the average reading speed turns out to be a complex process, one related to both content and comprehension. High school students usually read at about 250 words per minute; the average college professor, 675. The comprehension of written material by average readers is about 60% after a first reading, falling dramatically as the level of language rises.

It’s also important to note that most people don’t read, especially on the web: instead, they scan, picking up points of interest or emphasis.

For these reasons, I usually provide an estimate of 200 wpm for understanding technical material, like the content of this site.

secsPerPic is the number of seconds each picture on the page is expected to occupy the user’s attention, and articleText finds our article body.

There are three options for reporting the length and reading time of the article:

The first two estimates use the projected speed of the reader, while the last provides information about the article, allowing the reader to come to their own conclusion about how long it might take them to read.

Then, we call on an estimateTime function:

The addEmUp function is pretty straightforward: it takes a supplied element, finds its text content, and counts the number of spaces in the text to arrive at a total number of words.

The total time estimate at this point is a decimal number (e.g. 2.5, meaning an estimated two minute thirty second reading time). We need to convert that to a more useful and human readable sentence:

This function can deliver the estimated reading time in three different ways: either as a rounded number (“2 min to read”) with any content that takes less than half a minute to read reported as seconds, in a more precise 1:32 style, or as a report of the number of words and images in the article.

In the first two cases, a <time> element presents a formatted datetime duration that supplies the estimated reading time in machine-readable format, making the final HTML look like this:

This script gives a good approximation of the reading time for a piece of content, but it doesn’t provide any visual motivation to consume it. In the next article, I’ll show how to make this time estimate both interactive and graphical in a way that responds to the user.

*fixed position elements simply get in the way on mobile screens, reducing the amount of visible information; partly for that reason, mobile browsers have not done a good job of supporting them.
Photograph by Renaud Camus, used under a Creative Commons 2.0 Generic license.

Enjoy this piece? I invite you to follow me at twitter.com/dudleystorey to learn more.
Check out the CodePen demo for this article at https://codepen.io/dudleystorey/pen/bdqGPB 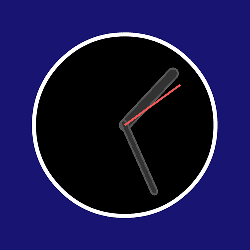 An SVG Analog Clock In 6 Lines of JavaScript