Today – March 10, 2015 – I’m posting my 1000th article to this site. Getting to this point in five years is somewhat astonishing to me, especially considering that the site has never had guest writer or promoted content.

I thought it might be useful to take a look back at some of the highlights of this journey, while sharing some learned lessons and future plans.

I originally started this site out of a sense of frustration: I couldn’t find any good, consistent, up-to-date and free information for web development that was organized into a teaching curriculum. Because I started with basic material that had been covered elsewhere, it took the site a long time to grow:

As of this writing, the site receives approximately 12,000 visitors a day, or a few million each year. It is still a minnow compared to behemoths like Chris Coyier’s CSS Tricks (to whom I owe a debt of gratitude: Chris’s link to my “Which CSS Measurements To Use Where” article was one of my big breaks in 2014), but it’s growing. At the same time, the amount of solid, reliable information on web development is only getting stronger: there’s Chris’s work, of course, but also the Mozilla Developer Network, the W3C’s Web Education Community Group Web Standards Curriculum and wiki, Web Platform Docs, the excellent new codrops CSS reference maintained by Sara Soueidan, an upcoming book by Lea Verou

, and much more… but I like to think that this site still plays a part in web education.

The Importance of Speed

Sometimes, “knowing” something isn’t enough: you have to be beaten over the head with it really appreciate it. I’ve always known site performance to be tremendously important, but I never realized how small improvements in speed could make huge differences, as when I added PageSpeed to this site late last year:

The next site revision will see even more emphasis on performance: one of my goals is for this site to be viewed regularly in central Africa, one of the few regions in the world I’ve yet to receive visitors from.

Many, Many Changes To Come

The coming changes are the most significant in the site’s brief history: I am going to attempt the dangerous, delicate and vital rebrand.

Some of this has already taken place: my writing on technology, literature, gaming and film was moved to massiveheadcanon.com several months ago, while a new site for my travel writing will appear in the spring.

While it’s likely that I would have continued to write even if the site’s only readers were my web development students, it’s been very gratifying to see support and appreciation from around the world. Some of you have generously donated to my Patreon account, which helps pay for server costs, keeping the site ad-free. Others have left feedback in the comments section of each article (and a lot of questions, which I endeavour to answer).

So long as you remain interested, I shall continue to write. More than that, I plan to expand my work: the site rebrand comes with a number of exciting plans, including branching out into several new media formats. More information about that will be coming very soon. 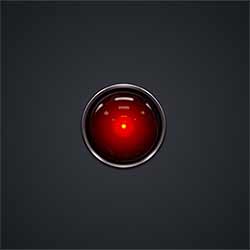 The Sundering, Part 1 Welcome to The New Code 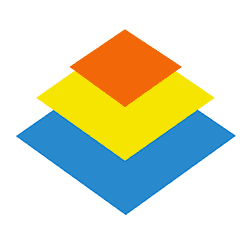