Many design tools now feature workflows for exporting Retina images, but only for the current document; bulk conversion of assets has tended to be the role of complex command-line utilities like ImageMagick or task runners like Grunt. PhotoShop Actions can be used for batch processing, but they can be somewhat finicky to record, play back, and modify.

For designers, there’s a nice intermediate solution between using a familiar GUI and the power of a CLI: most Adobe products have had the power to run JavaScript under the hood for years. Creating a script action provides complete customisation for your project needs, and acts as a potential stepping stone to stand-alone systems like Gulp.

I’m currently rebuilding and redesigning this site for the fifth time. Retina images aren’t the problem, per se: I’ve been serving them for years… but I’ve been serving them to everyone, which is incredibly wasteful. By using srcset, I can deliver double-resolution images to screens that need it, and standard resolution to the rest, decreasing load time for the average user:

I decided to tackle the easiest part of the problem – the article thumbnails – first. These images are used everywhere: on the archive page, in the features bar, and on social networks. By default, they are 500px × 500px, but occupy several different roles and sizes.

After a little research, I determined that I’d need four versions of every thumbnail image:

The 500px × 500px images already existed, and could be easily renamed using NameChanger. The problem was generating the other images, since the originals existed in different formats and at differing quality levels.

Building the solution requires some basic JavaScript skill and a little knowledge of the PhotoShop API. You can create the script using the editor of your choice, or use the ExtendScript Toolkit that comes with the complete Adobe Creative Cloud package. The primary advantage of the latter is the ability to test your script live in the application and instantly see results.

The script to address my problem I developed as the following:

I’ve also left the code as a Gist to pick up and experiment with. A quick explanation:

Once it’s ready to go, save the file as batch-resize.jsx (note the extension) and turn to PhotoShop. Load the script using the the File / Scripts / Browse menu option. (If you’ve used the ExtendScript Toolkit application, you’ll have been prompted to save the script inside an Adobe Scripts folder in your Documents folder.)

Running through the 900 thumbnails took PhotoShop about five minutes; at the end of the process, I had a set of several thousand “Retinafied” images ready to be integrated into the new codebase of the site.

A few concluding points and tips:

As always, you are very welcome to leave any questions or feedback in the comments section below! 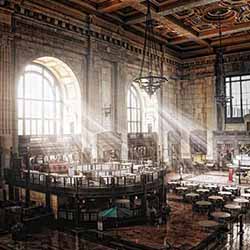 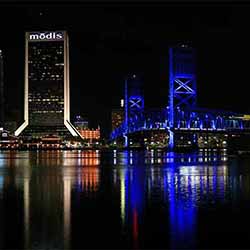