Making An Audio Player With HTML5, Part 1: Features and Design

You may not be old enough to remember the days of WinAmp, which was (in its original incarnation) a basic MP3 playback application with the killer feature of customizable themes. Today, we can create our own media player using HTML5 and JavaScript, customizing the appearance with CSS. Planning and building this player will allow developers to learn about HTML5 multimedia, JavaScript DataViews, and the WebAudio API.

In this entry I’ll discuss the planning and design of the player’s interface; the remaining articles in the series will build the code.

It’s important to create a path for future improvements to the audio player. These will include:

Because we have a growing list of functions, interaction should be carefully considered, even in the simple player.

The advanced functions should also be tested, to know that they can be achieved.

It’s important to know what resources and content you have to hand before starting a project. In this case, I have the following:

I always prefer to work with pen and paper to start, just to rough in the design. Shown in the header for this article are some initial sketches, on GridBooks pages (a tool I’ll introduce in the very near future).

It’s important to plan for maintenance, accessibility and expansion of your code. To this end, I’ll be writing clearly defined functions in my JavaScript, with HTML & CSS to match, together with accessibility affordances. Ideally, audio with spoken content or lyrics would be captioned, although that will take a separate series of articles. 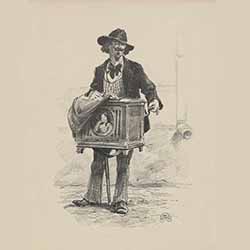