While the slow acceptance of racial, sexual and cultural differences is the continuing work of centuries, society is becoming more inclusive. The internet has played a large part in this, connecting and communicating perspectives across boundaries of gender and geography that previously have been hidden or unnoticed.

While there are significant recent developments – Facebook have just announced they will allow custom gender options in profiles, for example – there is still a long way to go, especially in web forms. For developers and designers, this comes down understanding two facts:

“Race” is at least partly a cultural construct: ethnicity is as much about cultural context as it is genotype. Generalizations of “black” and “white” are often broad, racially loaded, and inaccurate. They are also a matter of time, place, cultural convention and personal identification.

Gender is not binary: it is a complex mix of biology, personal identity and culture, with each factor relevant or irrelevant in different and profoundly personal ways to different people. While many are cisgendered (i.e. tied to the gender they were assigned at birth), some are not.

What does this mean in practical terms for web site development?

Avoid asking about race or gender unless absolutely necessary
For most websites and surveys, such questions are irrelevant. Try to treat people as individuals, rather than categories.
If you have to ask, provide text fields in forms, rather than limited choices
Understand that not everyone will fit into a simple single category of race or gender. Let people choose their own identification.
Allow users to hide, modify, or opt-out
Race and gender are fluid. People may be comfortable sharing their gender with friends or select groups, but not with others, or not at all. Allow users the option of anonymity, while holding them accountable for their behavior.
Allow users to be addressed the way they wish
“Dear Sir / Madam” no longer cuts it. If you can’t use informality (“Hi”) or a gender-neutral salutation, and don’t have the addressee’s name, then users should have the option to determine how they want to be referred to. This should include Mx (pronounced “mix”, as a title for those who do not wish to identify as ‘ms’ or ‘mr’).

Appeal to shared interests rather than demographics
There are transwomen who like hunting and all-terrain vehicles. There are straight cisgendered men who love female fashion. As society becomes more inclusive, sites and brands that avoid assumptions, stereotypes and a demographically narrow market focus will tend to gain more followers.
Be inclusive
When using people in illustrations and photographs, make a conscious effort to show different ethnicities and genders. When writing, try to use gender-neutral language.

Consideration doesn’t require as much effort as most people expect, but it does require thinking. Being open to perspectives that are not your own enables you to grow as a person, and can achieve the same with your site.

Thanks to Marie Markwell for some of these ideas. Photograph by Daniel Dyment, used with permission. 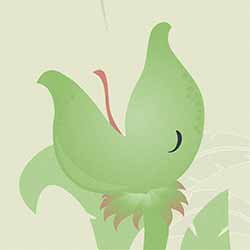 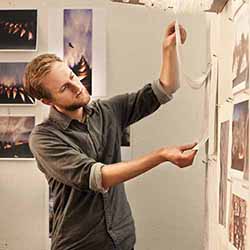