When creating image framing effects most designers opt for one of two choices: create the result entirely in Photoshop, or draw HTML “boxes inside boxes” that are then manipulated with CSS. In a previous article I demonstrated how to create complex framing effects by using border-image; in this article, I’ll approach the more subtle art of matting.

“Matting”, as referenced in the art framing industry, is the separation of artwork from its frame by a series of mounts. These mounts are often made from cardboard in different colors and textures. The goal of this article to recreate that visual effect on a web page without adding any elements around an image; the only markup will be:

First, let’s consider the CSS properties that can create the appearance of a “box” around an image. The box-model is an obvious place to start, with border providing a baseline effect and padding between the border and the element adding the visual appearance of an inset box. To this we can add an inset box-shadow to create the impression of an interior frame, and outline for the very exterior.

Naturally we want the image and its mattes to be responsive, so our initial CSS is:

(Note that I’ve used box-sizing: border-box to make the relative scale of effects easier to apply).

The trick is that the inset shadow is not provided with a horizontal or vertical offset or any kind of blur: only the spread, inset and color values are in effect to define an interior frame.

We can enhance the impression of “depth” on the frame by placing a second, more traditionally styled shadow on the interior while at the same time adding texture to the matting through a combination of background-image and rgba:

The final step would be adding outline to the image to create a visual frame on the outside. This should be considered carefully, for several reasons:

With those points in mind, the final code for the matting effect seen at the top of this article is:

This is of course just the start: there are many possible alternatives, which I hope this article has inspired you to explore.

Enjoy this piece? I invite you to follow me at twitter.com/dudleystorey to learn more.
Check out the CodePen demo for this article at https://codepen.io/dudleystorey/pen/sjvCA 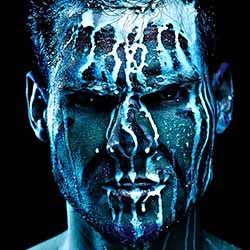