Previously, I’ve demonstrated how to make a fixed-width CSS image slider. Increasingly, web developers desire solutions that not only scale across viewport sizes, but perform well on mobile devices. The responsive solution detailed here is particularly well-suited to those goals, as it avoids JavaScript entirely, running purely in CSS (and thus faster, smoother, and with less overhead).

The idea is very similar to the previous example: an “imagestrip” containing all the photographs of our slider moving inside a window element which works to restrict the visibility of elements outside it. For this example, you’ll need four images, although in practice you could make a strip with as many images as you wished. The sole condition is that all the images must be exactly the same size.

Create A Responsive Frame With An Imagestrip

First, we need to make the outer slider element responsive. We do this by building HTML:

(I’m leaving the alt attribute blank to save on space; in production, it would be filled out appropriately for accessibility and SEO purposes). Note that the same image is placed at the start and end of the strip, allowing the animation we will build to repeat in a smooth loop.

The window is given a width of 80% to make it responsive, and a max-width that corresponds to the natural width of an individual image (1000px, in the case of the example), as we don’t want to make any image larger than it naturally is:

The font-size: 0 sucks all the air out of the <figure> element, removing the space around and between the images. position: relative allows the <figure> to be moved easily during the animation. text-align: left; is in place due to a weird bug in Safari 5 for Windows.

We have to evenly divide the photographs inside the imagestrip. The math is very simple: if we consider the <figure> element to be 100% wide, each image needs to take up ⅕ of the horizontal space:

Which leads to the following CSS declaration:

(Again, the float: left; is in place to address a bug in Win Safari 5).

Finally, we hide the overflow of the <div>:

Finally, we have to get the imagestrip moving from left to right. If the containing <div> is 100% wide, then each movement of the imagestrip to the left will be measured in increments of that distance:

Each image in the slider will stay framed in the <div> for 20% of the total length of the animation, and move for 5%.

We have to call on the animation to get things started. (Code is shown without vendor prefixes in order to save on space.)

As you can see, making a responsive slider is in many ways easier than making a fixed one. 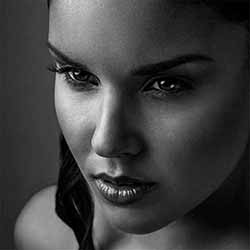 Want an easier and quicker alternative? CSSslidy is a tiny piece of JavaScript that will auto-generate CSS3 animation keyframes for any set of images, removing the need for any complex calculations or code.

Images by the always-excellent Trey Radcliff, used with permission.

Enjoy this piece? I invite you to follow me at twitter.com/dudleystorey to learn more.
Check out the CodePen demo for this article at https://codepen.io/dudleystorey/pen/ehKpi 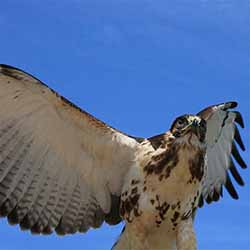 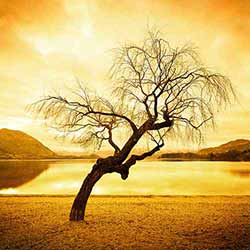