Support of OpenType fonts in modern browsers means that we are finally able to control typographic details that make the difference between presenting content and communicating with type. In recent articles I’ve shown you how to use font ligatures and fractions with CSS3 to create more legible, attractive text on web pages. Taking this further, we can create discretionary ligatures and true small caps with OpenType.

Probably the greatest source of wealth in the OpenType format lies in the rich variety of styles that can be embedded within each font. Traditional TTF fonts are restricted to approximately 200 characters, meaning that they have barely enough room to cover capital letters, lowercase, numerals, ligatures and punctuation in English. This means that many variants – italicization, bolding, small caps, etc – have often been faked or simulated in browsers. With OpenType, typographers have the ability to specify several unique forms for each individual glyph to cover many possible uses and languages, creating letters that look good in every circumstance.

Perhaps the most visually striking features of OpenType are the discretionary ligatures and alternate styles that can be contained in a font. Put simply, ligature rules replace pairs of letters that appear ill-matched next to each other with different, handcrafted glyphs designed to present the letter pairing with more visual appeal.

Discretionary ligatures go a step further, often setting letterforms on top of or within each other to dramatic effect. To turn this option on, we use the following CSS:

Applied with the appropriate font (Megalopolis, by Jack Usine), the result can be stunning, as seen in the header for this article. (I’ve also added text-transform: uppercase and a few other style changes). You’ll find that you can select the letters with your cursor: that is real text, not an image. It’s the kind of presentation that would take hours to do by hand, and now it’s built directly into the font.

Users with browsers that do not support discretionary ligatures and will simply see “Fall In Love” in uppercase; search engines will see the same.

Due to their dramatic flourishes, discretionary ligatures are best left for major heading elements on a web page, but the next OpenType variant we’ll look at has quite a bit more versatility.

font-variant: small-caps has always been somewhat misleading: the traditional CSS method of creating small caps simply took capital letters in the text and shrank them. While doing so, it also lightened the letterforms, creating a result that looked “off”, even in a lovely font like Calluna Sans by Jos Buivenga:

Most OpenType fonts contain individually designed small caps characters. We can use CSS to summon them:

As you can see, using CSS with an OpenType font to create small caps results in a significant difference in quality.

Small caps are most often used in headings but may also make an appearance in paragraphs as a first-line-run-in effect.

You might assume that with such obvious advantages, OpenType fonts should be everywhere on the web. They’re not, for several reasons: 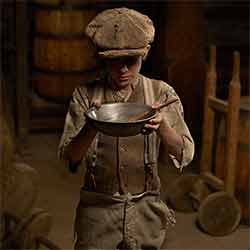 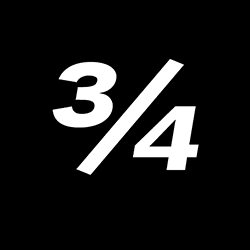