Explained in very simple terms, "gamma" is a measurement that describes a digital device’s representation of light intensity. Digital devices do not deliver or record light intensity in a linear fashion, but on a curve: gamma expresses the degree of that curve, or its deviation from a straight line. This is not a limitation of technology, but of evolution: the human eye does not respond linearly to brightness either, and our digital devices are trying to compensate for that fact.

Gamma does not affect pure white or black, but mid-tones: a higher gamma value will make images appear darker overall, and a lower one, lighter. 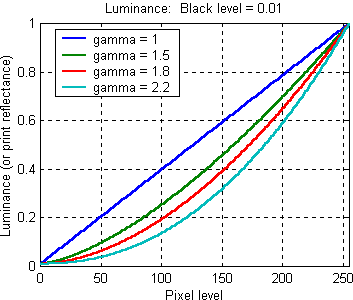 For years this was a major issue between Macs and PCs when it came to visual representation: Apple had the default gamma set to 1.8, while Microsoft insisted on a default value of 2.2 in Windows. As a result, a fine print photograph that looked fine on a Mac would tend to appear dark on a PC, and an image transferred from PC to Mac would often look washed-out and over-bright. Historically, each value has had its adherents and detractors: 2.2 gamma has higher contrast and more support (digital television transmissions in North America have a gamma of 2.2, as does the sRGB color space), but 1.8 was useful for the first generations of desktop publishing, and many feel that it has more subtle shades and tones. (And they are not the only options: digital cinema uses a gamma of 2.6).

This issue has now finally been resolved: Apple capitulated, and from Snow Leopard (OS X 10.6) on, the Apple operating system has the same gamma as Windows. Images created on older versions of OS X brought forward into Snow Leopard may appear slightly darker as a result. This change also means that images will tend to remain steadfast in color, and not appear lighter or darker as they move across platforms.

Of course none of this compensates for the fact that people miscalibrate their own computer monitors all the time, but there’s nothing we can do about that.

If you would like to to learn more than you would ever want to know about gamma, Norman Koren’s site is the definitive resource. (So much so that I’ll even forgive his use of Comic Sans). 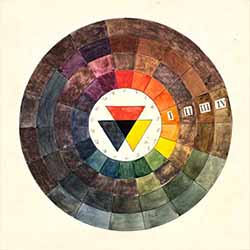 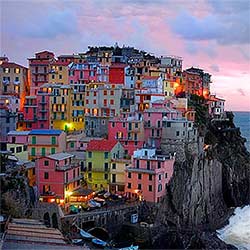