JSON (JavaScript Object Notation) is a lightweight method of storing and sharing information: between the browser and a server, within JavaScript itself, and between programming languages.

If you’ve read my previous articles on arrays, nested arrays and objects, you’re already halfway to understanding JSON. Unlike other syntax-heavy formats such as XML, JSON is already (mostly) JavaScript: there’s very little work for your script to parse through, interpret, or translate JSON. As such, it is a “native” data standard in JavaScript, and has largely replaced XML and other implementations.

When it is written inside a script, JSON data is simply defined as a variable; specifically, as an object with comma-separated properties and values:

Note that every property and string value is placed inside quotes, with the only exception being numerical values (and boolean values, which are not shown here).

Referencing the properties can be gained via the familiar dot syntax. In the console:

Note that the last value never has a comma after it.

You could add another starship by adding another object:

The two potential problems with the array-of-objects is that we don’t have an ability to address the individual entries by name; instead, we must address the primary “slots” in the array numerically:

If we want two (or more) entries and be able to address them by name, we must nest objects inside the starShip variable:

Now each ship has become an object unto itself, with properties and values inside it. To get to specific information, we could extend the dot notation:

However, this doesn’t work in the case of the Millennium Falcon, since the ship name contains a space: trying to use a space in dot notation will result in an error. It’s safer, therefore, to use bracket notation:

We could take this nesting as deep as needed.

At this point, we’re only dealing with JSON as a variable inside an existing script, but it can be used in many other ways:

We’ll be looking at these possibilities and more in the very near future.

As they are both fundamentally ways of storing and retrieving data, it might be tempting to confuse JSON with databases such as MySQL. While the line may blur between the two, there are still important differences: 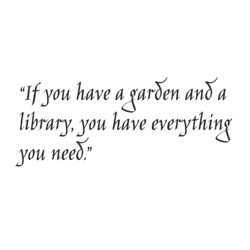