In JavaScript, exponents are represented by the wonderfully named Math.pow() function (short for “power”) and the new * * operator in ES 7.

To raise a number to the nth power, use the Math.pow() function with the base number defined first, followed by the exponent, separated by a comma. Using the console as a scratchpad:

ECMAScript 7, the next version of JavaScript, has a proposed exponent operator - * * - as an easier way of integrating powers into calculations.

Right now support for this operator is very new, limited to nightly builds of a few browsers, so it can’t yet be used in production.

Exponents come in handy in all kinds of situations. A simple example would be calculating the number of seconds in an hour: Math.pow(60,2).

Math.sqrt() and Math.cbrt() are the opposite to the Math.pow() function. The square root of a number is a value that, when multiplied by itself, produces that number:

…while a cube root is a value multiplied by itself twice to produce a target number:

Math.cbrt() is a relatively recent addition to the JavaScript specification, and therefore only supported in modern browsers: Chrome 38+, Firefox & Opera 25+, and Safari 7.1+. You’ll note that Internet Explorer and Edge are missing from that list: for that reason, you’ll probably want to use the cube root polyfill featured below in your production code for the immediate foreseeable future.

Of course, we don’t have to use whole numbers in any of the functions:

Note that it’s entirely possible to use a negative number as the base for an exponent:

Or as the exponent itself:

A negative number multiplied by another will always yield a positive. However, it is never possible to express the square root of a negative as a number:

The square roots of negatives pushes us into the world of imaginary numbers - very useful in the production of fractals - which I’ll get to in a future article.

You can use fractions in Math.pow() to find the square and cube roots of numbers. The square root uses an exponent of 0.5:

Due to the vagaries of floating-point math, you cannot assume that finding the square root of a number and multiplying that by itself will yield the same initial value:

You’ll normally need to do some truncation or rounding to produce a clean result.

The same formulation can be used to produce the cube root of a number, by using ⅓ as an exponent. Because browser support for Math.cbrt is limited at the moment, you may want to use the technique to produce a polyfill, as suggested by the Mozilla Developer Network site:

Beginners in JavaScript often understandably confuse Math.pow() function with Math.exp(), which is not an exponential function for numbers in general, but Euler’s number, the base of natural logarithms. I’ll be looking at that function, and the associated Math.log(), next. 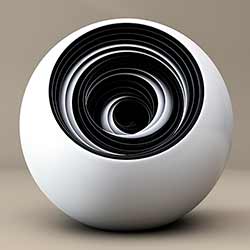 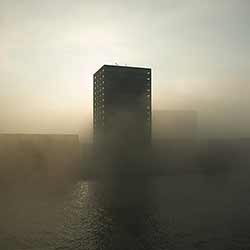