Continuing the comic theme I’ve been building over the past few weeks and inspired by the news that Ghost In The Shell is finally in the process of becoming a live-action movie, I thought it might be interesting to take a panel from the manga series and animate it using web technologies: in this case, the <canvas> element.

Putting aside the horrible decision Dreamworks made in whitewashing the cast of the movie, which I am trying very hard not to be drawn into…

…let’s look at the markup. The <canvas> element takes the same dimensions as the image that will be used to fill its background:

Rather than writing the panel into the element with JavaScript, the simplest way is to apply it as a background image:

We’ll be animating the snow effect against of this background.

This technique has an interesting parallel to Japanese anime, which often use panels from the manga stories that they are portraying, animating over these images to provide the impression of movement. This was originally done to save time and money, and is partly what contributes to the “moment out of time” impression that many anime sequences have.

Creating the snow is created via a particle system. “Particles” are tiny visual elements controlled en masse with a few rules. Snow, fire and smoke are often particle systems in computer animation. It’s important to understand that these systems don’t allow control over individual particles: we don’t “choose” a path for a snowflake. Rather, the motion of a snowflake is a random emergent property of an underlying physical system that is described with math.

Our script starts by identifying some of these properties as variables:

particles is an array into which our particle elements are pushed. Each particle has a position in x y space together with a width and height (wh).

The randomness introduced into the calculations adds the first aspect of chaotic behaviour: the initial snowflakes will be randomly positioned within the <canvas> area and provided with a random size (between the limits imposed by maxParticleSize and minParticleSize).

I wanted to introduce a bokeh-like effect to the snowflakes, which created a challenge: how could I blur the particles while still keeping the code efficient? A few possibilities occurred to me:

In the end, I opted for a slightly counter-intuitive approach: the particles themselves would be square, with a blurry circle drawn inside each using a radial gradient. This is contained inside a draw function:

For small snowflakes, this makes little difference - they still look “solid” - but larger snowflakes that are closer to the user will appear to have a blurry edge.

The function starts with clearing the entirety of the canvas (which doesn’t affect the background image, since that’s in CSS). A slightly strange requirement is the beginPath method added immediately after, even though we are not actually drawing a path: without it, the canvas will not completely clear.

Finally, there’s a call to the update function, which moves each particle.

While I have addressed most of the operators used in the script, this function has more math than I’ve covered in JavaScript so far, so I’ll leave in-depth discussion for future articles. However, this won’t be the last time I cover animating comics with canvas: there will be more articles to come.

I must acknowledge the help of this anonymous contribution at codeplayer, which helped inspire this code.

Enjoy this piece? I invite you to follow me at twitter.com/dudleystorey to learn more.
Check out the CodePen demo for this article at https://codepen.io/dudleystorey/pen/GZBGYQ 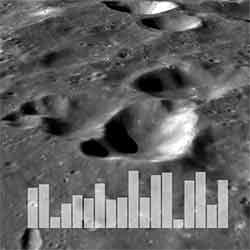 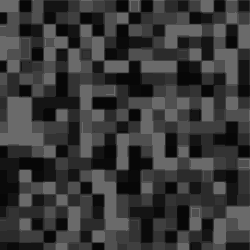