My 1st year web development students have just received grades for their final site projects, the best of which I intend to showcase here next week. Looking through the work, I can see small design hints students have picked up from this site, particularly lists. This makes a good opportunity to talk about how the custom list appearance for this blog was achieved:

Most fonts have a wealth of symbols buried in them, far more than the standard A - Z characters and punctuation. TipoType’s excellent Libertad, used on this site, is no exception, as shown in Mac OS X’s Font Book:

By default, ordered lists will use the same typeface for list counters as the list itself, but in this case I wanted to use special characters, not the standard 1 … 9. To do so, I turned off the standard decoration for ordered lists:

Now the list is undecorated, we’re going to replace the removed numbers with the special glyphs from the typeface. These glyphs must be positioned:

For variety, the associated CodePen demo (and the example at the top of this article) use slightly different CSS and glyph codepoints; see the demo for more information.

Unlike the previous example, we can’t use counters, so each each of the list items must be provided with the codepoint that corresponds to the particular glyph. Note that this is not the Unicode code point shown in Font Book (U+2460 for a circled 1) but the escaped version (\2460):

One example of the result can be seen at the top of this article. Another:

One limitation of this approach is that lists with more than 9 items will run out of glyphs (at least in most typefaces with circled number features). I’d argue that such occasions are rare… and that ordered lists that are 10 or more points long should probably be reconsidered in any case.

A similar approach is used for unordered and definition lists:

This decorates unordered list items and definition terms with a right-pointing arrow from the Libertad font (as opposed to the generic &rarr; HTML entity):

You can see examples of these list styles throughout this site, with many more combinations possible.

Enjoy this piece? I invite you to follow me at twitter.com/dudleystorey to learn more.
Check out the CodePen demo for this article at https://codepen.io/dudleystorey/pen/RaJjez 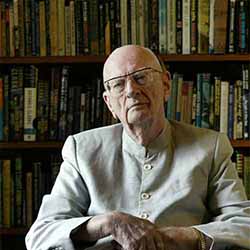