Four New Browsers To Consider As Your Daily Drivers

Browser development has been somewhat moribund recently, dominated by Google Chrome, with Mozilla Firefox, Apple Safari and Microsoft Edge trailing. Greater browser diversity is always a good thing… so it’s nice to see several new browsers on the scene, each with compelling features.

The most controversial entry in this new field is made by

Brave, a company headed by Brendan Eich: one of the founders of Mozilla and inventor of a little language known as JavaScript. The browser comes prebuilt with most of the extensions and preferences I suggest making part of every installation: a cookie blocker, HTTPS Everywhere, and an ad blocker. These features make the browser extremely fast out of the box when visiting regular sites (usefully, it shows the improved loading time for each page in the URL bar).

Brave has the interesting option of replacing site ads with ethical, non-tracking alternatives, from which the company proposes to share revenue with publishers and advertisers. Newspapers, which have refused to participate in this program, have claimed that this constitutes republishing their content.

For developers, Brave also features the familiar Developer Tools and a console, since the browser is built on the Webkit engine. The browser features a built-in password manager, with an option to use the excellent 1Password as an alternative, and uses all the Webkit keyboard shortcuts you’re used to.

The only addition I’d like to see is the possibility of an integrated VPN, and the use of Chrome extensions for further functionality.

Made by some of the team members behind the original Opera browser,

Vivaldi shows its inheritance in its Quick Dial screen for shortcuts, as well as other features designed for power users. Vivaldi offers greater customization than standard browsers, with some interesting new options, including gesture functions and web annotations.

Version 1.0 of Vivaldi has just been released, and feels like it needs a little further optimization: it’s not yet the snappiest browser, although I have every faith that performance will increase over time.

As it’s also based on Webkit, Vivaldi can install Chrome extensions from the Google Chrome Web Store.

Associated with the search engine, Yandex

is a new browser that probably has the smoothest install process of all of the offerings here, as it can gather information from a Chrome installation on the same system and automatically install the same extensions. It also has potentially the broadest reach, as it offers a version of the browser for Android and iOS smartphones (Android and iOS).

It’s very early days for the browser, so I don’t yet see any tremendous advantages over its Webkit-based kin (although I did like the Paste without styles option in the Edit menu, as the keyboard shortcut can be a little tricky to remember). At the moment, I’d regard Yandex as a browser to keep an eye on: I’m very interested to see where the developers take it.

“Safari is the new IE” has become a something of a mantra recently among web developers, due to the browser’s slow updates, lack of communication, and sometimes distant relationship to web standards. The

Safari Technology Preview browser addresses some of those concerns: as a peek of what the next version of Safari will be, it allows developers to anticipate features; updated every few weeks, it allows them to avoid building around bugs that are addressed later in the development process. As such, it joins Firefox Developer Edition and Chrome Canary as one of the recommended browsers for developers. 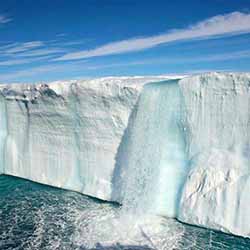