For a time “dynamic fixed” elements were the hot web design feature: scroll a site and everything moved as expected, but when a particular element (often a menu bar, sometimes an advertisement) reached the top of the page it would fix itself in place, while the rest of the document continued to scroll underneath it. Scroll back, and the element would reattach itself to the document.

This behaviour - a dynamic hybrid between the standard position: static and position: fixed - was often added to a page with JQuery, via one of a hundred different plugins. Like many popular features, it was eventually adopted into an official specification, meaning that the effect could be achieved with native CSS, with no frameworks, scripts, or other dependencies… but in this case, the adoption process was (and continues to be) somewhat troubled.

How Things Were Meant to Be

The behavior was codified as a new CSS value: position: sticky. This, combined with a clever use of top (in the context of sticky, the distance from the top of the body at which the element will “stick” when scrolled; alternatives are left, bottom and right for scrolling in those directions) was intended to cover the range of popular use cases. The syntax, then, should be pretty simple:

Applied to something like an image, the markup would be:

Of course, this assumes that the page has enough content below the element to bring #stickytest to the top of the browser window: if it doesn’t, the element will never reach its target, and therefore never “stick”. Filling the page with a lot of text to achieve this is recommended for testing purposes.

If you test that code on a page with appropriate markup and content in a recent version of Firefox or Chrome 56+, it will work just fine. Moving to other browsers reveals “sticky’s” awkward position:

Fortunately, there are a number of options for this: the Filament Group has a JQuery solution, along with many others; my personal favorite is Oleg Korsunsky’s stickyfill, which has the option of working with or without JQuery.

The example on the StickyFill page adds the sticky behaviour as a class, but it’s more likely to affect only one element, making an id a more logical selector. In the case of this demo, after inserting the script at the bottom of the page, I’d add:

Note that top, left, bottom and right for the element is measured from the body. This will include any margin already in place on the body element.

As with all new features, position: sticky has the potential for misuse. To avoid UI disasters, I would recommend the following:

To provide a reasonable use of sticky elements, write a @media query that counters position: sticky at smaller screen sizes:

This returns the element to normal flow in the document if the viewport is 600 pixels wide or less. You’ll need to write a similar rule in JavaScript with matchMedia if you’re using a polyfill. Re-writing and adding to the script above:

In principle, as series of elements could be provided with the same position: sticky value, effectively replacing each other at the chosen point on the screen as the page scrolls. While this can be effective, it’s also potentially very confusing to users, and should be employed carefully.

Unfortunately there’s no “stuck” event in JavaScript yet to report when an element has entered its fixed position; right now, you have to test for that independently. (Some polyfills add a class to stuck elements to make up for this lack).

Enjoy this piece? I invite you to follow me at twitter.com/dudleystorey to learn more.
Check out the CodePen demo for this article at https://codepen.io/dudleystorey/pen/yNxPRy 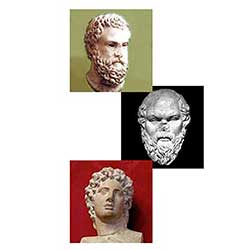