If you’re after a line or an open shape, rather than a closed polygon or circle, SVG has two options for you: lines and polylines.

The SVG line syntax may look slightly intimidating at first, but it’s simply being very precise: a line can only consist of two points, and each point is specified by two separate coordinates for x and y.

Unlike the shapes I’ve explored so far, lines are entirely invisible by default, and will remain so until at least a stroke color is added; once colored, they will remain a hairline until stroke-width specifies a thickness.

Sharp-eyed readers will notice the fact that the end of the stroke is visible before it is cut off by the corners of the viewBox. To guarantee that the stroke appears to go all the way “through” the viewBox, you can use one of two techniques:

Note that unlike a graphical drawing tool, placing the last point of a polyline at the same location as the opening point will not result in a “closed” shape. But you can still apply fill to a shape:

I’ll have more to say about fill in a future article; for now, it’s enough to note that while we can apply a fill to a polyline, and it will usually work as expected, it will provide the appearance of a closed polygon, but it is not the same thing.

SVG lines that change direction don’t have to be rendered with hard corners; there are two other options, enabled through the stroke-linejoin property: round and bevel, which do exactly what they imply. (Note that you may need to thicken the stroke in order to see any change). A third option, miter, the sharp cornered kind, is the default.

Similarly, the ends of lines can be terminated with three different kinds of cap, using the stroke-linecap property: round (half circles), square (lines are capped with a square, like aglets (the cap at the end of shoelaces), or butt (the default)."

Being appearance properties, both stroke-linejoin and stroke-linecap can be applied as either attributes or CSS properties.

Stroke and fill can be applied to more than just lines, polygons, and polygons; for example, they can be used to stroke text. 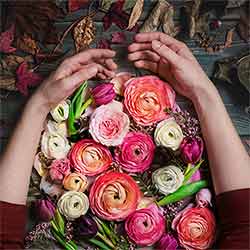