Let’s imagine you’re coming home after a hard day’s work, and that at the end of the day, there’s nothing you like better than a glass of ice-cold lemonade. Good news: in the magical future world of home automation, you won’t have to make it yourself; your friendly household robot can prepare your drink for you. All we have to do is to write a function to make that happen.

To start, let’s write it in pseudo-code: a “sketch” that won’t actually work in a browser, but will give us an idea of what we’re after:

In this scenario, the door is an object, open is an event, and makeLemonade is a function. We haven’t written that function yet, so our home automation system has no idea what to do when it encounters our call to makeLemonade(). Let’s change that by adding the following:

Pretty straightforward, right? The function breaks down the task of making lemonade into individual statements in a code block between opening and closing curly braces. When we want those statements to be executed, we call on the function by name.

Let’s write some actual code now. Sadly, we don’t yet have a lemonade-making household robot; instead, we’ll write some JavaScript to change an image and some text on a web page.

First, let’s add default text and an image to the page, just in case the JavaScript doesn’t execute for any reason, using the principles of graceful degradation:

We’ll declare our function in a script at the end of the page (positioning the script in this location will effectively act as a “document load / door open” event).

Assuming we have coke.jpg and lemonade.jpg beside our page, the result will look something like this:

This is good, but there’s really nothing here that couldn’t be made without a function, as the code is called just once. Let’s expand on that: say you wanted the function to serve you a cappuccino in the morning and a lemonade in the afternoon/evening, with a Coke at all other times. To do this, we’ll abstract our code to include other beverages:

The JavaScript function has been expanded to include a parameter. This parameter is referenced inside the function as a variable, and usually contributes to changing its output. In this case, we’re sending makeBeverage an argument: the current time on the user’s device. This value is measured in 24-hour time, divided by 12; so it’s between midnight and 6am, the value will be 0; 6am to noon, 1, and so on.

The function matches the arguments used in the call with its parameters, which may take the same names, or use different ones:

In this case, the argument timePeriod will match the parameter drink used in the function, and amount will match amount. Arguments and parameters are always matched in order, on a “first come, first served” basis.

Our function receives this information - the 0, 1 or 2 value - which is referenced as a variable within the scope of the function, using the parameter name between the parentheses. In this case, the value of 0, 1 or 2 is placed inside a parameter called drink, which is used to look inside a beverages array. The appropriate “slot” in the array, based on this value, is then used to complete the welcoming message and image via concatenation.

As a result, the offered beverage will differ between three options, depending on the time of day. But this function still runs only once. To change that, we’ll use setInterval to call the function every hour.

Functions Do Anything You Want Done More Than Once

We’ll add one line to the end of the script:

Time in JavaScript is measured in milliseconds (thousandths of a second), making our delay of 1000 × 60 × 60 equal to one hour.

Once you understand functions, by association you also understand methods, which are simply functions that are part of an object.

There’s much more to functions, including functions returning values, function expressions, and immediately invoked functions. I’ll cover those in future articles; for now, experiment with the example on CodePen, with the knowledge that you’ve just learned of the most powerful features of JavaScript and most other coding languages.

Enjoy this piece? I invite you to follow me at twitter.com/dudleystorey to learn more.
Check out the CodePen demo for this article at https://codepen.io/dudleystorey/pen/XbjMbr 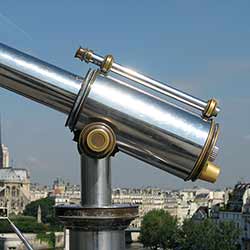